but I think that I might actually make it through NaNoWriMo. Yes, I’m  behind, and yes, I’m blogging when I’m actually supposed to be writing, (what with being more than two thousand words behind and all) but things aren’t looking so bad. I’ve got a pretty solid plot, not half bad characters, and plenty of time.

Yes, ladies and gentlemen, I, Daniela Paris, am a tempter of fate. So, knock on wood, because I think that the devil might be listening.

Anywho, plenty of stuff to talk about. For one, Kaitlyn just posted her SECOND BLOG POST! Check it out, people! There are pictures of Tobias in it, and I know how much y’all like Tobias Eaton (gah, don’t worry, I’m never sayin’ that again). And while I’m on the topic of fandoms, lemme just whip out this picture I made on photofunia…. 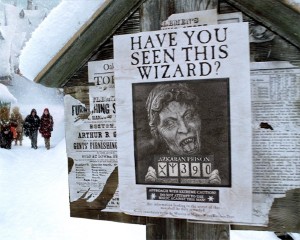 Yeah, I know. It kind of sends a mixed message, being both Dr. Who and Potterhead-esque, but what the heck. It looks cool, right?

So, another thing, I went to Virginia this weekend to see some friends who moved there (nah, I just went to see if the moon looks different in Richmond at five than it does in Apex at 6). Let me tell you, guys, it was beautiful. Be-u-ti-ful. Seriously, it reminds me of a steampunk city for some reason. Just because of this- when you’re coming in, it’s on one of those super-cool highways that are off the ground, and it looks really futuristic. And we passed by this church/train station, kind of like Hugo Cabret era style. Like this:

except, you know, not. Not as big, or steampunky, or cool, for the record, because no clock is quite as amazing as the Hugo Cabret clock from the movie. It’s a great book too, ya know. You should read it. Lossa pictures. Not a lot of words, except for sometimes.

Yeah, it’s getting late, I’m losing some of my common logic sense; I should probably log off.

Sorry about that, I just haven’t written for the blog in a while (since before the cross country thing, I think) and I really just want to write

and write and write and write and write because not only does the computer I’m writing on (my mom’s) have the coolest keyboard- it feels so awesome and strange at the same time- but I have religion homework to do and it would be awesome if I could somehow stick some sax in there too. I’m starting to convince myself to do the religion tomorrow morning, when I actually have my religion book. You know, I should do that. I should treat myself and my colleague Andres to a nice long sleep and breakfast, because I don’t really do pre-monday work, and I think I’m pretty much doomed to an F minus anyway. Plus I was up late the night before last forcing my fingers to catch up on word count.

Sound familiar? Anybody, anybody? Yes, you, lovely young lady in the back, do you have a guess? Oh, a hint? Yes, well, the title starts with Big and ends with Bad…yes, that’s right, you’ve just earned a free trip to Tahiti! Yes of course that’s a real place, what do you take me for?

I watched my first actual horror movie! Poltergeist! It was cool! Maybe I’ll even get to watch Friday the thirteenth before I turn 31! Or get married! Whichever comes first! (Here’s to hoping it’s the latter) It was pretty awesome, it’s about this creepy thing…and there’s another thing…and a girl…and a creepy TV with stuff…and more-

you know what would be awesome?

Yes, Daniela, if you could shut up and go to bed.

Uh, yeah, that too, but what I was thinking was what if any blog posts I wrote could count for Nanowrimo? Omigosh that would be amazing. I would have, like, 14 blog posts by now. And I would be three quarters of the way to my goal.

Oh gosh darn it (yeah, that’s my cursing alternative until I get to college where it’s socially accepted ((don’t worry, I’m just kidding dad ;)) to curse)

keep calm, drink ginger a- I mean lemonade and try not to strangle me for reading such a long post. Bye-

One thought on “Don’t Look Yet”